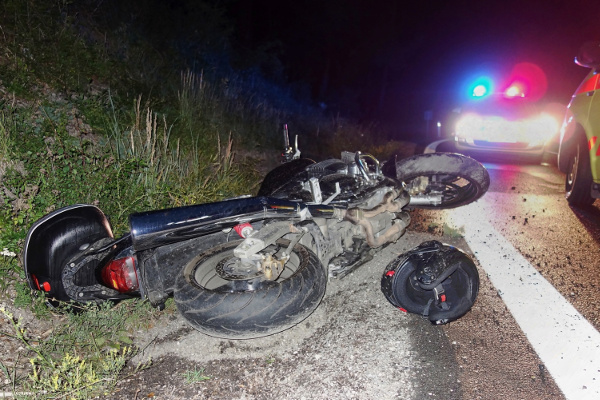 Beware of baffled British drivers, they're a major danger to bikers when abroad!

If you've ever been brave enough to take your bike abroad, you'll probably know how difficult it can be to drive on the 'wrong' side of the road.

So, I was staggered to learn that 9 out of 10 holidaymakers (87 per cent) who drive when abroad actually do so without conducting any research into that country's highway code or rules.

With an estimated four million British motorists driving when on holiday, it's no wonder there are around ten accidents per day – especially with this care-free attitude to road safety.

According to a survey conducted on behalf of EasyJet and Europcar, a whopping 89 per cent of Britons admitted they had little or no understanding of foreign road signs and regulation.

More than half of those questioned (59 per cent) admitted they had become confused when driving abroad and had ventured into the left lane by mistake!

For bikers who are already having to contend with aching wrists, back and shoulders on long rides abroad; this is another unwanted and completely unnecessary risk to contend with.

According to the survey of 2,000 British drivers, the biggest challenges for British holidaymakers who drive abroad are:


Unfortunately, these shocking statistics did not come as a surprise to me.

As a travel litigation specialist at Hudgell Solicitors, I constantly deal with the aftermath of road traffic accidents abroad. I have also witnessed the negative impact that a lack of road knowledge can have on a driver's behaviour.

In most cases, being distracted is the major contributory factor behind accidents. A driver who does not know what they're required to do - because they lack basic on-the-road knowledge – is more likely to make a poor decision.

Having pursued cases involving all kinds of injuries in various countries around the world, I know some of these incidents could have been prevented had drivers carried out proper research before travelling.

If you're planning to take your motorbike on to foreign soil, you should definitely allocate some time to studying the traffic laws and signs of the country where you'll be traveling.

Doing this before you set off will help you feel more comfortable and confident when in the saddle. It will also allow you to drive more defensively and safely as you're more likely to be aware of other road users who appear to be confused.

Whilst many European road laws are similar, something simple like knowing the difference between kilometres and miles per hour could prevent an accident or minimise its impact.

Your rights if involved in an overseas road traffic accident

Driving in Europe is a daunting and stressful enough experience, without having to worry about the negligent attitude adopted by the vast majority of British drivers abroad.

If you are unfortunate enough to be involved in a road traffic accident, the situation could be exacerbated by the crippling costs of hospital treatment if you haven't arranged suitable travel insurance.

Sadly, this is an oversight that almost 10 million British holidaymakers make each year – even though taking out cover should be your number one priority ahead of any trip to the continent.

The start of the summer holidays in July is usually the peak time for overseas road trips. If you are unfortunate and you do end up being one involved in a road traffic accident when abroad, you could be entitled to seek justice through the English court system.

Again, this is something that many British holidaymakers do not know. However, thanks to powerful pro-consumer legislation (including EU Motor Insurance Directives), motorists and passengers who are not at fault can make a claim for compensation in their own country.

This helps to make the legal process much more straightforward and allows any injured parties to return home for treatment. They can then pursue a claim against the negligent driver's foreign insurer by accessing legal advice and independent medical experts in their own country.

Whether you are a motorbike rider, pillion passenger or a pedestrian; you may be able to claim compensation if caught up in an accident. You can often still claim even if the incident was caused by an uninsured driver.

How to stay safe when biking abroad