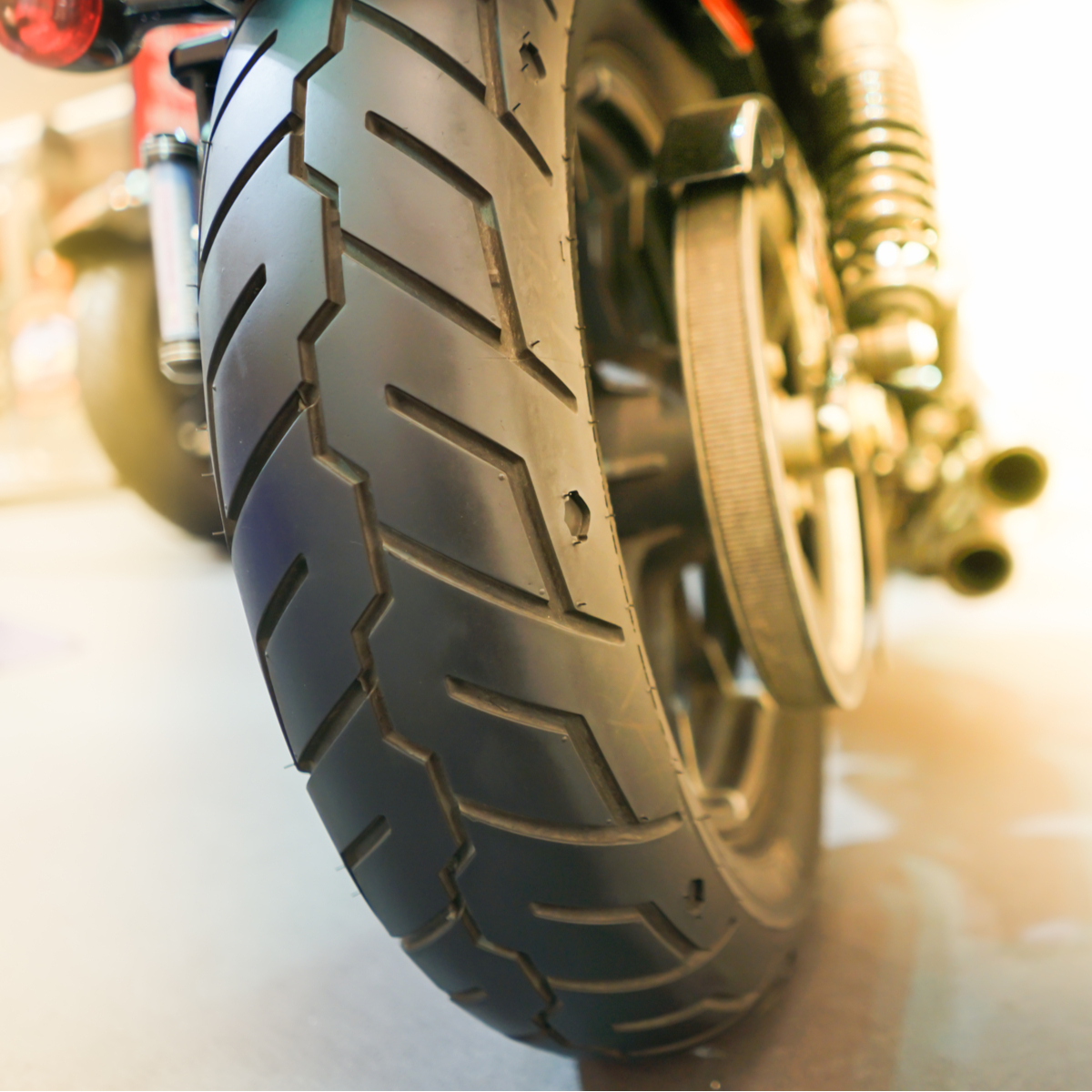 Recent research found that 1 in 9 car tyres on the road are worn down below the legal minimum. That is a worry. I also know that many bikes are being ridden with decidedly questionable tyres although I don't have any numbers at the time of writing.

An even bigger worry, given the recent spell of very hot weather, is that a lot of these drivers and riders will be out and about when it rains for the first time. It's bad enough on good tyres as the roads become like a skating rink due to all the oil, muck, rubber and the like that will have been deposited. But imagine being on a bike or in a car in these conditions when the tyres have no tread or are in a dangerous condition? If you have ever seen a car (or a bike) on a skid pan, you'll know what I mean.

So, what is the penalty if you get caught? Well, a fine of up to £2,500 and 3 points can be incurred for each illegal tyre which can make it both costly and inconvenient if you end up being disqualified, but what about if you have a crash?

In a serious crash, such as one resulting in a fatality, a specialist from the Police will carry out a full vehicle examination of all the vehicles involved. This will include items such as tyres and brakes.

Depending on the circumstances, if the condition of the tyre was illegal or dangerous, then it will have to be determined as to whether the legal/defective tyre contributed to the cause of the crash.

Even in a less serious crash, if it is alleged that the condition of the tyres contributed to the cause of the crash, then in many cases this will be investigated, because it may have a bearing on what is called contributory negligence.

While it may be decided that the tyres did not contribute to the cause of the crash, it can and will delay the claims process, while you may not recover the full value of your bike in the event that it is deemed a total loss.

Many people also worry about repairing tyres. There is conflicting information out there.

Some manufacturers will approve say one repair, some will not approve or recommend a repair.

If like me, you are in the camp that is quite happy to use a properly repaired tyre then the usual rule is that if the cause of the puncture is within 50% of the centre of the tyre and the sidewall is not damaged or compromised, then providing a proper internal vulcanised plug is used, then this is fine.

I myself have done many thousands of miles on my faithful old Blackbird (which included track days) with a plug in the back tyre (and a few in the front for that matter) and never once have I had a problem. I have gone on to do quite a few thousand miles on the plugged tyre without incident and then just changed them as normal when they have worn out.

Bear in mind that in most cases, unlike the old days, you do not get instant deflation in tubeless tyres because the air can only escape from the spot where the tyre is punctured, or the hole is made (I accept that there can be exceptions to every rule). There is usually a bit of warning of a tyre going down giving the rider sufficient time to pull over to the side of the road and stop.

With a tubed tyre, the tyre will deflate instantly and regardless of cause because there is no seal as such between the tyre and the rim and so it will escape directly from the punctured tube.

One big issue is with the external plugs used as a get-you-home repair, since the tool used to insert the plug can cause a delamination and ultimately result in a catastrophic failure. Hence the reason why the manufacturers of these kits impose maximum speed limits and distances. I have dealt with a number of crashes in the past where these external plugs have let go, mainly because the rider has forgotten that they are riding on a temporary repair.

Some dealers will only fit new tyres, usually because they want to make a sale of a tyre rather than a repair, but if carried out properly, a repair can avoid having to junk what in some cases may be a new tyre.

Tyres are not cheap, but they do inevitably wear out through wear and tear and they do puncture, but the price of a new tyre is negligible in the grand scheme of things. If you are uncomfortable with the thought of a tyre being repaired professionally and decide to fork out for a new one, it will at least afford you peace of mind, while in the case of a crash it could make all the difference.

As the saying goes? Keep it rubber side down!