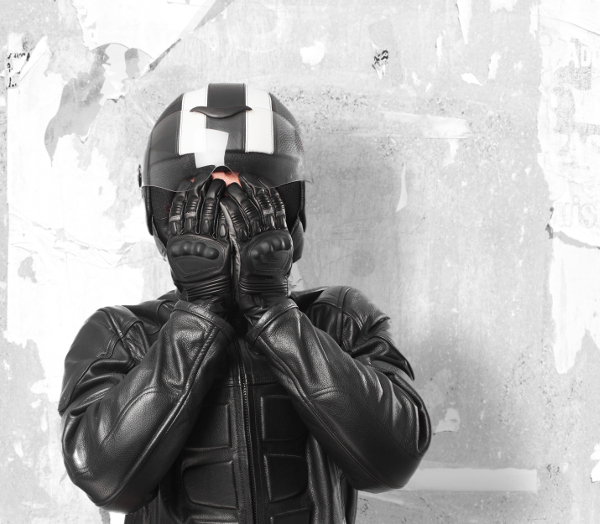 If you've missed part 1 about protecting your bike at home, click here.

Bike Theft – Protection out and about

So, we recently looked at ways you can protect and secure your motorbike when it's parked up at home. But what about when you're out and about? According to statistics around 30,000 motorbikes were stolen in the UK in 2017, while this year looks to be even higher.

When stealing a bike from the street, the main considerations for a thief are opportunity, profit and time. A police campaign recently advised using a bike cover as part of your security set–up. This was widely made fun of, but the idea behind it is sound – if a thief can't tell what's under the cover then they are less likely to attempt to steal your bike – particularly as they don't know what other security might be lurking under that cover.

It's like the old analogy with the lion and the running shoes – you don't need to defeat the thief, you just need to make sure your bike isn't the lowest hanging fruit available.

Location–wise – well–lit streets ideally with CCTV may well put off the opportunist thief – most thieves prefer to operate in the shadows, or at least to not be lit up like a Christmas tree while they're trying to make off with your wheels.

In the same way, while the most expensive, heavy–duty chain might take your average thief that bit longer to break than a cheaper thinner one, 3 or 4 cheaper devices will actually take longer to defeat – particularly in this era of battery–powered angle grinders … and therefore be more off–putting to a well–tooled–up bandit.

Ultimately whatever security device(s) you use has to balance the need for security with the ability to carry it around on your bike.

So, covers aside, what can you do? A chain or lock is a good idea but try to ensure you attach it to an immovable object as well as your bike. If there isn't an immovable object, then try to put it through the frame as well as the wheel – a wheel is much easier to remove which makes the chain a moot point. Try to make sure the chain is elevated – if it's lying on the ground then there is a handy flat surface to make the angle grinder's job easier. Steering locks should be engaged, and whatever you do, don't keep the spare key in your luggage box – since most of those can be opened with a credit card or butter knife...

Disc–locks and brake locks are a good idea particularly those fitted with an alarm. The most nerveless thief is going to think twice about working on a bike which has an alarm blaring, and if you don't have one on your bike an alarm on the lock could be the next best thing. It's also worth noting that you get what you pay for. If you're buying online make sure you read the reviews – especially the 1– star ones which will tell you what the downside is – particularly with suspiciously cheap items. You're often better to go with a brand name even if you have to pay a little more.

An interesting idea is to carry a stubby screwdriver with you, and when you leave your bike, in addition to your usual security, just remove the clutch lever. Without that, they ‘ain't going anywhere...

The most important thing with all these types of security device is to remember to use them, and to remove them before you try to ride away!

Ultimately though, if a thief wants your bike then the odds are they will be able to get it, so it's often worth investing in something like a tracker which could also reduce your insurance premium. Get it installed professionally by someone who can avoid the obvious hiding places. Bear in mind that cheaper trackers tend to be wired into the bikes electrical system which can mean they are easier for the thief to find. A cheaper alternative to a tracker might be a marking solution, which could mean your bike will at least be returned if it happens to be recovered, however anecdotal evidence suggests that UK police have a limited number of detection wands for these solutions across the whole country, and that many recovered bikes are never even swiped...

No security device or combination of devices will make your bike 100% theft–proof, but the more difficult you make it for the thief by using multiple layers of protection, the more likely you are to keep hold of your bike.