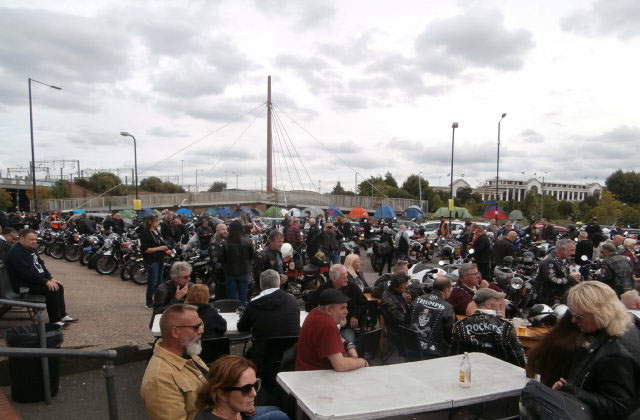 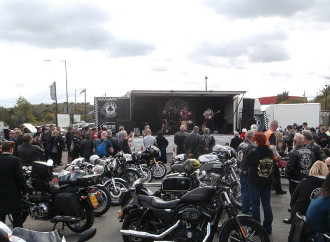 Firstly, a brief history as many people are unaware of the story behind the Ace, and those of a certain age may remember it from their youth, but it is quite a story of how Britain’s arguably most iconic motorcycle venue became what it is today.

In 1938 the Ace Café was established on the then brand new North Circular Road surrounding London. It was a simple roadside Café catering to travellers, particularly truckers. Being open 24 hours a day, the Ace Café soon attracted motorcyclists too.

In World War Two, the original Ace Café building was badly damaged during an air raid on the adjacent railway marshalling yards.

After the war, the Ace Café was reopened in temporary accommodation and subsequently rebuilt in 1949.

It became popular with the Ton Up Boys in the 1950s and the Rockers in the 1960s and was where the motorcycling priest Bill Shergold came to invite them to the 59 Club which still exists today.

However, unfortunately changes in the social order, the growth of the car market at the expense of the motorbike industry, and the expansion of the motorway network saw the Ace Café serving its last egg and chips in 1969. 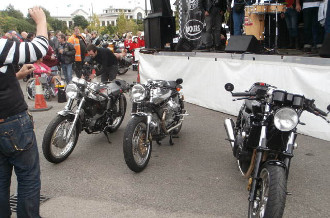 That was until 1993 with the birth of The Ace Café Reunion, the brainchild of current Managing Director Mark Wilsmore. Mark shared his ideas for an annual event to mark the closure of the original Ace Café, a book and film, documenting the history of the Ace Café and endeavouring to ensure that the original Ace Café re-opened, with relevant products being available.

To mark the 25th anniversary of the Café’s closure, Mark, along with friends, formed the organising team for the Reunion and arranged for motorcycle runs to converge at the former Ace Café site on Sunday 4th September 1994.

In 1997 planning permission was obtained, and the company ACE Café LONDON bought the original Ace Café site. A part of the original and legendary Ace Café site was re-opened on Fridays, Saturdays, Sundays, Bank Holidays and on the first Wednesday of every month.

In 2001, the Ace Café opened its doors properly and started to become the Ace that we know and love today. 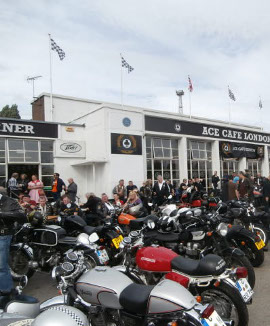 September 2018 saw the iconic Ace Café celebrate its 80th anniversary, and all at Hudgell’s were pleased and proud to be part of the celebrations.

It all kicked off on Friday the 7th of September when Hudgell Solicitors hosted the monthly Bike Night. There was a fantastic turn out which also included a lot of overseas riders who had come to the Ace from all over Europe and which included a group ride in from a team that had started in Germany earlier in the day. There were visitors from the USA (including the Ace Café Orlando) to name but a few, who kept Hudgell’s in house motorcycle expert Tony Carter and solicitor Kent Pattinson occupied, and they even had someone ask if he could purchase a Hudgell Solicitors T shirt as worn by the Ace Café staff. That was a first!

On Saturday the 8th, the celebrations continued with the Ace Café reunion and Tony was afforded the great honour of being asked to be one of the judges of the Café Racer of the year competition. Not as easy as you might imagine, as the car park of the Ace was packed and there was such a vast selection and variety to choose from in each category. Close examination was required in order to come up with the winners, but eventually decisions were made and all were worthy of the accolades they received in their category.

It was a wonderful experience to see so many turn up in either the full Teddy Boy outfits (a few ladies dressed the part as well but not to the same degree as the guys) or full-blown rockers reminding many of us youngsters of days gone by.

The live music was an experience and again a throwback to the 50’s and early 60’s. It was a terrific way to celebrate such a milestone.

If you have never visited the Ace Café, it really is recommended even if its only for a cup of tea and a bacon sandwich. Upstairs along the corridor you can lose an hour or so just looking at the pictorial history of the Ace and obtain a better understanding of just what this famous landmark means.

We at Hudgell Solicitors are proud to be associated with such a famous venue and a great bunch of people and wish them every success for the next 80 years.