What are the Most Popular Motorcycles in the UK? 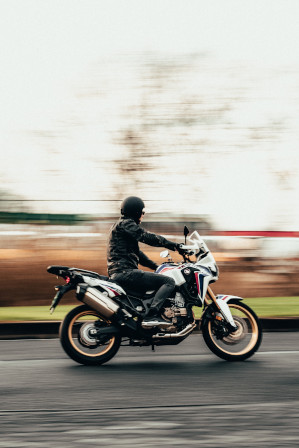 Motorcycles have come a long way since being the post–war, man in the street's mode of transport. While the commuter market may remain strong today, owning a motorcycle above 250cc is more desire–driven than a practical necessity.

So, with this in mind, let's take a look at the most popular motorcycles in the UK today. By ‘most popular' though, do we mean best selling, or what the rider on the street favours? You may be surprised to hear that there's a massive difference between the two.

First of all, let's take a look at the most popular motorcycles in the UK according to sales figures.

The Motorcycle Industry Association issues motorcycle sales figures each month. These produce some interesting headlines. However, you need to look at the year–end statistics for an accurate picture.

Take for example, August 2019, when the 700cc Yamaha Tenere became the best selling adventure bike, which may lead you to believe Yamaha is stealing a large chunk of the dual–sport market.

That is, of course, until you see the year–end figures. These show you a whole other story.

For instance, the BMW R1250 GS at the time was not only the best selling adventure bike, but also the third best selling motorcycle in the whole country.

Although five out of the top ten best–sellers are 125cc or under, there are some very interesting mid and large capacity bikes on the list too.

Taking the No.7 slot is Honda's very capable CRF1000L Africa Twin. Lighter, stronger, and faster, the 2020 model will have BMW R1250GS clearly in their sights.

The Royal Enfield Interceptor 650 has sold even more units than the Africa Twin and is a surprise entry in the top ten.

Should we be so surprised at the success of the Indian–built twin? Maybe not, as although Triumph is responsible for kick–starting the retro revolution, their high–tech and high price motorcycles are placing them firmly on the top shelf.

The RE Interceptor, on the other hand, taps into the big on laughs, low on maintenance formula. Together with a 3K+ saving on the cheapest Triumph, this entry–level modern classic will be the one to watch.

Out on the Streets

Having looked at which new bikes are selling at the moment, it's time to turn our attention to the most popular motorcycles, by ownership, in the UK. In other words, the bikes we enjoy owning and riding the most.

You would think that a large percentage of bikes on the top seller's list would migrate to the most popular, but that's not the case. Here, several factors come into play, including running costs and overall value for money, but mostly it's age–related.

According to Government statistics, the most significant percentage of riders fall into the 20–30 age group category. It is this that has a major impact on the UK's most popular motorcycles.

Out of almost 1,000,000 registered bikes on the road, over 850,000 riders have owned their motorcycle for more than 12–months. With 50 percent of that number saying they've kept their favourite motorcycle for five–plus years.

Out of the top 20 bikes, sportbikes dominate with nakeds (motorcycles with no fairing) being the second biggest category. With over half the bikes 700cc or lower, insurance costs may also impact choice too.

Delve a little deeper, though, and the actual brands and models on the list make for some fascinating reading.

Honda is the highest volume seller, and this shows with six models in the top 20. When we get to the top 10 of favourite bikes, it's Suzuki that makes the biggest impact, with the GSX–R600 being the nation's favourite.

It's not so much the make that tells the story but more a case of the model. The Honda CBR900RR (3rd) and Honda Blackbird (9th) are both models that, for at least 13–years, are no longer in production.

Also, the Kawasaki ZX–9R, in production between 1994–2003, means that the 10th most popular bike in Britain is anything from 17–26 years old. All of which rubber–stamps that when it comes to the most popular motorcycles in the UK, reliability and brand loyalty, matter.