The Top 5 Reasons to Ride a Motorcycle 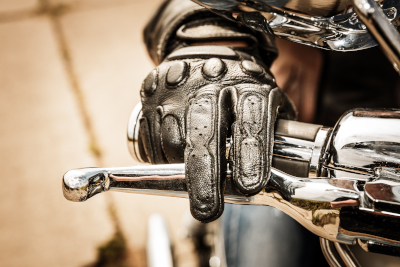 Throw your leg over the seat of a motorcycle and you will be viewing the world through different eyes. Forget every other mode of transport nothing comes close to the sensory overload you'll experience on two wheels. Read on to find out the Top 5 Reasons to Ride a Motorcycle.

Drape an A–list celebrity over a motorcycle, and they become an instant style icon. It may be stereotypical, but it confirms the one thing all bikers know; if you ride a motorcycle, you're cool, end of story.

But why is riding a motorcycle perceived as being so different from other forms of transport? Thanks to the media, the image of the moody, rebellious biker has been reinforced since the early 1950s.

The British Board of Film Censors banned 'The Wild One' for over a decade. Do you think that would have happened if Johnny and his gang had rolled into town in a people carrier?

In 2019, those good ol' boys at Harley–Davidson funded a study by the Department of Neuroscience and Human Behavior at the University of California. They tested a large number of motorcycle riders and car drivers on public roads by hooking them up to an electroencephalogram.

The test concluded that with an 11 percent increase in heart rate, and adrenaline levels up by 27 percent, a 20–minute motorcycle ride is the equivalent of a jog or round of golf.

As well as engaging the thought–processing portion of the brain to make decisions about changing road conditions, riders must also control their balance and coordination. Scientists believe that this higher level of concentration increases brain function and, in turn, improves overall brain health.

Each day sees the worldwide manufacture of a staggering 160,000+ cars. When you consider that the average motorcycle physically occupies around 25 percent of a car's footprint, motorcyclists are helping to keep the roads unclogged.

So bikers, ride to the nearest tree and give it a hug, you're an eco–warrior!

As roads become more congested, commuting can be a real pain in the backside, especially if you have to navigate through any large city. Many countries have banned filtering, but in Britain, it's still legal to paddle your way between rows of stationary cars.

Also, cities from Edinburgh to London are allowing bikers access to more and more bus lanes, meaning motorcyclists can get in and out of town in a fraction of the time.

If that's not a good enough reason, what about parking? Parking a car in central London can cost as much as £50 for three hours! With at least 60 official City of London free motorcycle parking areas, it really is a no brainer.

According to car manufacturers, autonomous or driverless vehicles will be the norm in just a few years. If that sounds a bit sci–fi to you, think again. Over 60 companies fielding 300 driverless cars are currently undergoing testing on public roads in the US, and it's now happening in the UK too.

So what does this mean for the motorcyclist? Simply this, the motorcycle is more or less future proof with technology light–years away from producing a riderless bike.

In the coming years, technology may well enhance the motorcycles we ride, but unlike cars, it will never hijack them entirely.

Most motorcyclists ride because they can't not; it's what makes them who they are. If you are planning to experience life on two wheels these Top 5 Reasons to Ride a Motorcycle are the only excuse you will ever need.